It is with regret we have lost a Bo’ness Legend in Douglas or better known as J.D. Snedden.

Myself and the Executive Committee are saddened to hear that Mr Douglas Snedden passed away today. Our heartfelt condolences go out to all his family. Douglas was well known for his commitment to the Bo’ness Children’s Fair Festival, in particular for his commentary. He was the voice of Bo’ness Fair and will be sadly missed.

“The Voice Of The Fair”

Little did the thousands of people who thronged the Glebe Park on Fair Day 2010 know that the familiar voice of Douglas Snedden who has introduced the proceedings for 33 years would be silent this year. Douglas has retired from the post.  He was appointed as the Fair Day Commentator at the Glebe Park in 1977 and has fulfilled the role since then, following in the footsteps of John Stanners, David Cunningham, and John Collee.

Prior to accepting this post Douglas was already in charge of arranging and introducing the entertainment at the Revels in the Douglas Park and had been since 1973. This in itself was an onerous task as it entailed booking all the top line acts in show business at the time.  Throughout the years he managed to book well known acts such as Peter Morrison, Moira Anderson, Christian, Mary Cameron and Andy Cameron etc.  and became personal  with them.  He continued doing both commentaries until he resigned from the Douglas Park job in 2001 to concentrate on the Glebe Park.  However he went out with a bang by booking the top American singing group, “The Drifters”,  the originals, not a tribute group, and they sandwiched the Bo’ness Fair gig between a London booking and one in Copenhagen, Denmark.  This was a real coup and the Bo’ness public responded by packing out the Douglas Park in their thousands and singing along with the hit tunes from the world famous group.

In 1995 a small committee was set up to organise the Centenary Fair 1997.  This comprised of ex-provost Charles Snedden, Douglas, George McFarlane, Fair Chairman David Brown and his Vice Chairman Andrew McFarlane.

It was discussed that at one time there were three songs sung at the Fair but no one had any knowledge of the third one, so it was decided that a new third song should be introduced and that task was given to Douglas.  As with many ideas this one was put on the “back burner”,  until at the Kirkin of the Grange School Queen in Carriden Church in 1996.

The then minister Rev Gordon Reid, asked a few pupils from Grange School what made them happy.  The answers varied from Christmas Day, birthdays, and holidays until one boy said, “The Fair Day”.  When asked why, he said, “It was even better than Christmas Day and in fact was the Best Day of the Year”.  Douglas immediately decided this had to be the title of the new song.

That evening he sat down and penned the lyrics incorporating the theme of Bo’ness as a Burgh with industries such as mining, the potteries, the docks, hosieries etc.  He later sat down at the piano and within an hour had composed a tune that was easy to learn and easy on the ear and so a new Fair Song, “This is the Best Day of the Year” was born.

“This is the Best Day of the Year”

A hundred years have passed or more, since our first coronation.
Our town has changed throughout those years but not our dedication’
We’ve lost our wood yards pits and docks, our potteries gone forever,
One thing remains and will not die, Our Fair – it changes never.

We’ve sung our songs and crowned our Queen, and read her proclamation,
It’s been like this through all these years, this day of celebration.
Go North go South go East go West no town has got our measure.
Our Fair still stands abune them all a day that we will treasure.

The committee proposed that a CD should be produced featuring the two traditional Fair Songs plus the new one.  Children from each of the schools would be invited to join a choir to sing the songs. An invitation was sent to the local bands, Bo’ness and Carriden and Unison Kinneil to come along and play as a combined band.  The result was a resounding success due to the enthusiasm of the children who had been chosen plus the professionalism of the musicians.

Incidentally this was the very first time that the bands had actually shared a platform and played together since their inception in 1858. The CD which also contained three well known marches by the bands, the Champion’s Challenge from Alan Bow and a few words from Queen – Elect Ashley Oldham.  The CD was a best-seller in various shops around town.

When asked which were the outstanding moments from past Fairs he remembers, Douglas first of all chose1961 when his son Douglas junior was a presentee from the Public School.  The theme was Safety First, young Douglas was to be a policeman which made the traditional arch a very difficult task.  So with the help of George McFarlane they designed what Douglas reckons was the first ever House Frontage in the town.  The garden was set out with streets complete with toy cars, buses, lorries and vans, they even had working toy traffic lights and Beisha beacons.  As a reward for their hard work, which had not been completed until 4am on Fair morning, they were given a special prize.

The second memory is of the Fair of 1978 when the special guest that year was the American Consul General for Scotland Mr Theodore Dobbs.  Earlier in 1977 a company of former members of Bo’ness Operatic Society was formed to raise money for the Fair, by performing South Pacific in the Town Hall.  The cast included some of the original leads from the show first performed in 1959, Doris-Anne Aitken as Nellie Forbush, Charlie Frank as Luther Billis and Myra Hendry as Bloody Mary.  The show produced by Douglas the one and only show he produced in his home town!!

In order to try to get authentic props for the show, the American Air Force Base at Edzell was contacted and uniforms and other props were kindly loaned for the run of the show.  As a result the opening night was attended by Theodore Dobbs and his wife along with the Edzell station Commander Major Cliff Robertson and his wife plus a special detachment of US Marines resplendent in dress uniforms with the U.S  Stars and Stripes flying, this made the evening spectacularly colourful.

As a result the following Fair Day Theodore Dobbs, his wife and family were invited to view the spectacle.  The Royal Marine Band had been hired for that day and when the American guests took their seats the band struck up the American National Anthem, “The Star Spangled Banner”.  This said Douglas, was simply a wonderful occasion.

For years Douglas has visited all Bo’ness primary schools prior to Fair Day to rehearse the singing of the Fair Songs.  Whilst carrying out this task he made many friends with children and teachers alike.  Very recently he experienced his last memorable moment, an invitation to Blackness School when staff and pupils had heard Douglas was retiring as the “Voice of Bo’ness Fair”.

When he arrived all the children from the school were congregated and he was presented with a book containing a letter from each pupil which also included drawings done by them.

Douglas was extremely touched by this gesture and says he will treasure this memento as a lasting memory of his time at Blackness Primary the smallest school to attend the Fair.

In case anyone thinks the job as a commentator at Bo’ness Fair was easy, one year at a Fair E’en rehearsal I stood beside Douglas and was amazed at the wealth in information and notes he uses on the Fair Day from his lofty position on the balcony. Thinking back on that day and recently watching a tv programme on the late, great Bill McLaren commentating on a Scotland Rugby International and his famous “crib sheet” this is the nearest comparison I could get to describe the daunting task that Douglas had every Fair Day.  Not only does he have the details of all the members of the retinue, he has notes on the girls in minute detail and also the costumes worn by the boys.  He also has sheets of messages from people all over the world with best wishes to the town or to a relation who has a part to play on the Glebe Park platform.  Although this can be a nerve racking experience he carries this out as he did whilst on stage in a leading role, without blinking an eyelid.

Douglas of course was well known to many in the town due to his performances with the local Opera Company.  Over the years he took part in many shows, mostly in comedy roles but also as leading man in “South Pacific”, “Me and My Girl”, “Love from Judy”, and “Finian’s Rainbow”.

However it was as a producer of shows throughout Scotland that made his name well known and respected.

In 1964 he was invited to be the producer of the newly formed Bathgate Opera Society, an appointment he held for 35 years.

During this period he also produced shows for other companies including Falkirk Bohemians, Edinburgh Southern Light, Dunfermline Society, the Savoy Opera Company of Edinburgh University etc.

Not only did he produce musicals but he has been involved with the Scottish Brass Band Association for many years both as a compere and an adjudicator.  He was appointed as an adjudicator for the European Brass Band Championships in 1999 and has fulfilled the same role at the Land O’ Burns and Fife Carnegie Championships.  Over the years he has been the compere at many competitions and concerts including the Scottish Open competition at the Glasgow Royal Concert Hall on two occasions.  Nearer home he has also been compere for the annual concerts of both the local brass bands.

Recently he was honoured by Falkirk Council when he was presented with a Hero’s Medal in recognition of his work over the years throughout the region.

As a parting shot, did you know that Douglas was given a non-speaking part in a “Bollywood” film during his National Service days in India?  Guess there isn’t anyone else in Scotland who can top that achievement.

Douglas we salute you for the dedication you have given to all the roles mentioned above, you have been a wonderful “Voice of the Fair”, and have been a superb ambassador for your home town.

Thank you for all your hard work you have done for the Fair and be assured you will never be forgotten whenever the “Best Day of the Year” is sung for generations to come. 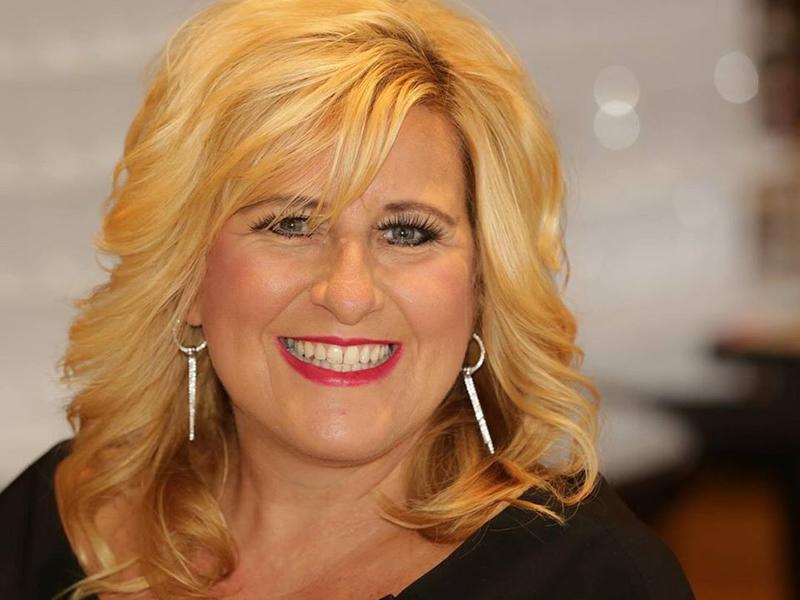 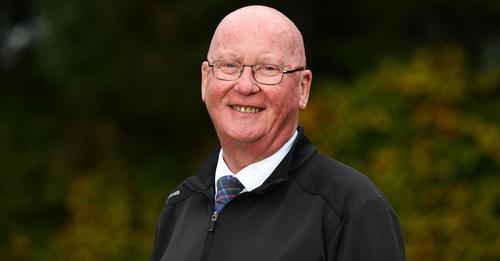 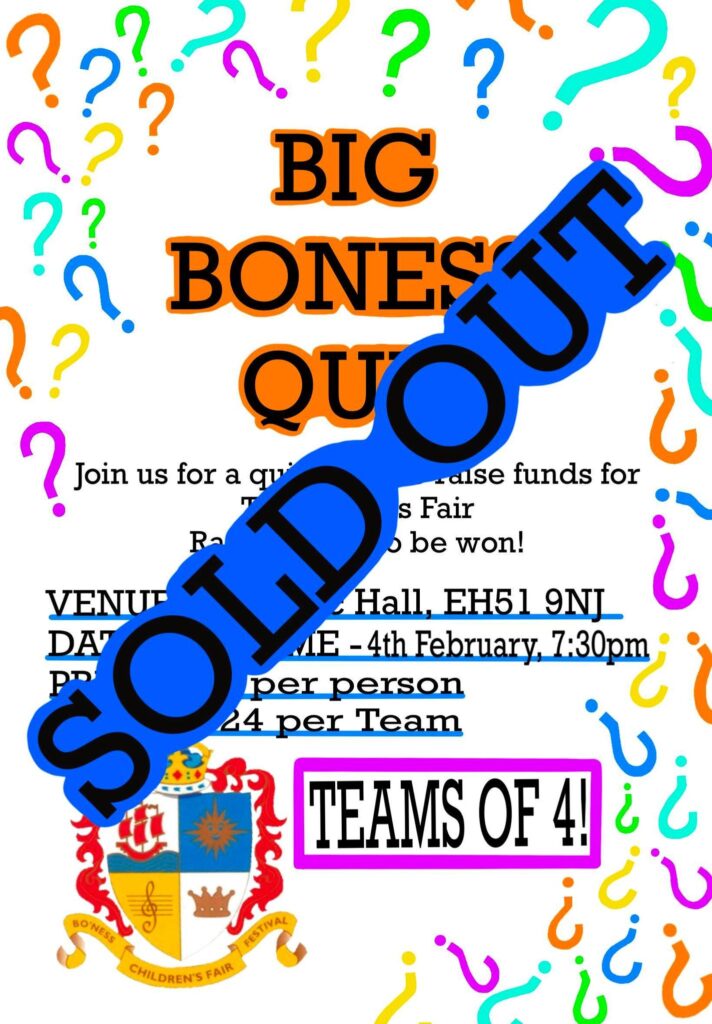