FROM the industrial town of my childhood and of the earlier Fairs, to the town where ” Tourism, Heritage and Railway ” would appear to be the panacea for all the towns ills, I find this difficult to reconcile. I always feel our heritage is based on the Fair, the Bands and of course Bo’ness United. The Fair being the cement that binds the town together, and gives the town a sense of community that I believe is unrivalled.

My first recollection of the Fair was not of the main event, but of the many ‘ wee Fairs ‘ organised just after the war. I participated in one or two of them organised in Grangepans before and during my early days at the Grange School. This early learning process was to serve me well. In 1948 I was chosen as a presentee. The theme being the nursery rhyme ” Where are you going to my pretty maid “, the pretty maid in question was played by Joan Hamilton. Many people will remember Joan’s dad, he had the grocer shop in Cadell’s Buildings on Philpingstone Road. The weather on that Fair morning was I believe somewhat suspect. I decided in the morning if this weather got any worse I was not going to take part. However after various threats, and a promise I would not have to walk to school dressed as I was. Uncle George arrived in his van to save the day. So off to school and then to the Glebe Park where I duly carried out my duties before Queen Jeanette McGuire of St. Mary’s. No singing and dancing before the Queen then. We were escorted up the steps of the platform by Chief Lady and Lord-in-Waiting and bowed to the Queen. That year I was in good company, Willie Mitchell, Captain of Bo’ness United also bowed to the Queen, as Bo’ness had won the Scottish Cup. I am sure this was the real incentive for me to appear on the day, as most people know I was an ardent fan of the team and of course still am. This year unfortunately our team are not Scottish Champions. ‘ we wis robbed by that team up the road and by a referee who couldna’ tell the time’. However we do have Scottish Champions on our town. Bo’ness and Carriden Band won the Championships at Motherwell this year. A great achievement for our local band. Perhaps a member of the band may wish to be presented to our Queen and show the townspeople their trophy. What a pity our local newspaper relegated this news of outstanding success to page 19. The editor’s excuses were to say the least inadequate.

In the intervening years, I have no outstanding memories of ‘ Fair Days ‘ until 1951 the next Grange School Fair. Margaret Henderson was chosen by her fellow pupils to be Queen. The whole school buzzed with excitement as the day drew near. We knew this was going to be the best Fair ever, well at least since 1946, the last time the Grange provided the Queen. I do not know what happens when any other school leaves for the Glebe Park, I only know the then routine at the Grange. We were led from the playground out on to Grange Loan by Bo’ness and Carriden Band. The pavements were packed with parents, grandparents and ex-pupils. The cheers and applause for the school, pupils marched to the Glebe Park, was unforgettable. Then again in 1953 my last year at the Grange School. I was chosen as a member of the School Banner Party. This was a new banner recently unveiled at a school concert.

The Queen that year was Helen Gourlay from St. Mary’s School. Helen is now married to John Stevenson a Queensferry lad. John works hard to provide finance for Bo’ness and Carriden Band, as does Helen and her sister Dinah.

As an Academy pupil I had at that time a lucky escape, I was not chosen as a Page Boy. This was in 1954. The Queen that year was Mary Gibson. When I went home and told my parents I had not volunteered my name for this, they were, to say the least annoyed. The courageous lads were Jim Baillie and Jim Burnett.

My schooldays finished in November 1956. I became an apprentice joiner with James Harrison I eventually found out that approximately every April joiners are very popular. Arch building is a task that many Bo’ness joiners undertake. My first involvement occurred in 1961. I was working at the redevelopment of Grangepans and Jim Cuthell asked if I would help at the building of his sisters arch. His sister Nancy having been chosen as Queen Elect for the Grange School. The involvement with arch building and floats continued. It was a natural progression to involvement with committees. At first this was as a volunteer with the Fair Entertainments Committee, my father and uncle George being on this committee volunteered my services on a regular basis.

After building many arches for neighbours at Muirepark Court, my family was delighted by the news that my youngest son Allan had been chosen in 1977, as Page Boy for the Public School Queen, Dawn Galloway, along with his friend Keith Grant. By this time I was a member of the Fair Executive Committee. How this happened I am still rather puzzled. The family involvement continued. In 1979 my oldest son Gordon was a presentee for the Public School, a Calypso Dancer and in 1982, Allan was chosen as a presentee in the musical Hello Dolly.

In 1979 I was elected Vice Chairman of the Fair Executive Committee, a position I have enjoyed. My family was honoured in 1985 when my wife Sadie, was asked to crown Queen Lynette Murray of the Kinneil School. The happiness and sense of privilege will never be forgotten.

One of the tasks, the Chairman, David Brown and I undertake is to accept the schools invitation to witness the election of the Queen and her court by their fellow pupils. The enthusiasm of the children is quite remarkable and gives me hope for the future success of the Fair. The organisation required is a twelve month a year task, when one Fair finishes, arrangements start for the next year. Recently, achieving the number of Bands and Floats required in the procession has proved difficult. For example in 1948 eight bands were hired, six came from Bo’ness. This year of the eight bands so far booked, four, I believe, come from Bo’ness. This musical talent certainly helps the committee. The demise of some of the Scottish Regiments and the reduction of Military Bands, there being only two bands left in Scotland, has made it almost impossible to secure their services. The lack of industry in the town does not help in the task of acquiring floats and lorries to carry the children. We seem to rely more and more on the generosity of organisations and businesses from other towns. I have highlighted two current problems the committee are addressing. Throughout the year many problems arise and it takes a fair bit of dedication to attend meetings on cold winter evenings. As we approach our centenary year ( 1997 ) it is hoped that more people will come forward to lend assistance, either on the Fair Day or join one of our Committees.

However our minds and efforts should be concentrated on this years Fair. May Queen Elect Roberta and her court enjoy their day, and may the people of Bo’ness enjoy their very special day. 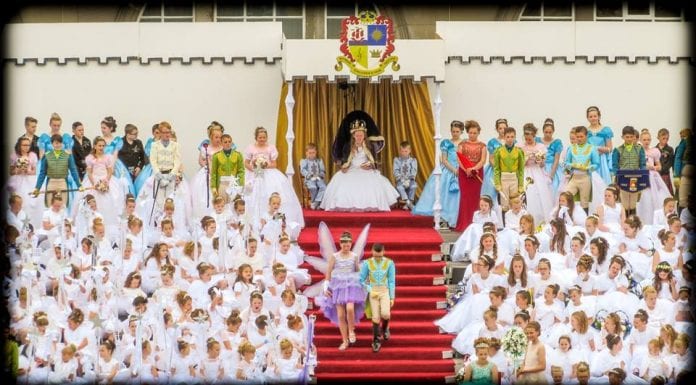 Charlie Archibald - June 22, 2016
0
IN common with many other towns in Scotland who celebrate an annual festival or community event, such as Lanark with its Lanimers Day and...